Scott Davison
Chairman, President and CEO
J. Scott Davison, CLU, ChFC, is chairman, president and CEO of the companies of OneAmerica. He was appointed president in 2013, CEO in 2014 and chairman of the board in 2017. Scott leads OneAmerica’s nationwide network of companies and affiliates, which offer a wide variety of products, including retirement, individual life insurance, annuities, asset-based long-term  more... 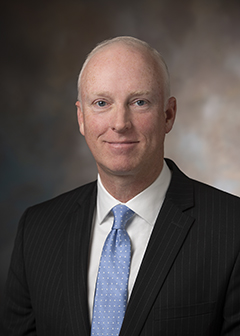 Richard M. Ellery
General Counsel and Secretary
Richard Ellery is general counsel and secretary, leading Legal, Audit, AUL Reinsurance Management Services and Compliance, and Government Affairs. He is a member of the OneAmerica Executive Council. Rich joined OneAmerica in 1997. He began his career as an intern at American United Life Insurance Co., moving on to a counsel role with the employee benefits line of  more... 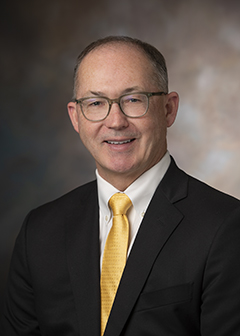 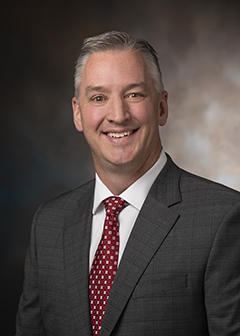 Dennis Martin
President, Individual Life and Financial Services (ILFS)
Dennis has served in multiple leadership roles in ILFS since joining OneAmerica in 2009, most recently in the acting ILFS leadership role since January of 2018.  Previously, he served as senior vice president of Product and Business Development for the companies of OneAmerica®, overseeing insurance operations and product development for life, annuity and asset-based  more... 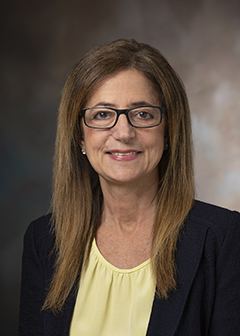 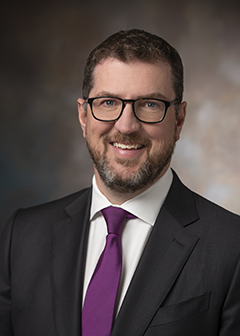 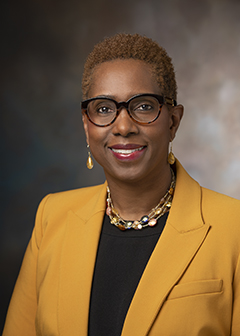 David has more than 30 years of experience in the actuarial field, including pricing, risk management, capital management, valuation and financial reporting, product management, forecasting, and mergers and acquisitions. Prior to joining OneAmerica, David was the chief financial officer for the life insurance division of Amerus Life Insurance Company. He has also worked at Conseco (now CNO Financial Group) and The State Life Insurance Company® (State Life).

David serves on the American Academy of Actuaries Actuarial Standards Board Life Committee and co-chairs the LOMA Chief Actuary Committee. He serves on the Butler University Liberal Arts and Science Board of Visitors and chairs the Actuarial Science Board of Visitors for the university. David is a Fellow of the Society of Actuaries with whom he holds the Chartered Enterprise Risk Analyst credential.

David is a 1985 graduate of Butler University with a bachelor's degree in Actuarial Science. He earned the Hoosier Fellow designation from the Randall L. Tobias Center for Leadership Excellence in 2008.

Jason Lilien is senior vice president of Enterprise Operations for OneAmerica and its affiliated companies. He oversees the operations functions in support of all OneAmerica business lines. His specific responsibilities include enterprise claims, in-force support for Individual Life & Financial Services, Retirement Services and Institutional Markets, as well as the OneAmerica contact centers.

Prior to joining OneAmerica, Jason served as managing director and global co-head of operations for Goldman Sachs Private Wealth Management and head of global Goldman Sachs Private Banking Operations. His 22-year tenure at Goldman included assignments in New York City and Salt Lake City, where he was responsible for the establishment of the Operations Center of Excellence in 2001.

Jason holds a Series 7 license and earned a Bachelor of Science degree in Business Administration from the State University of New York at Buffalo’s School of Management. He served as a member of the SIFMA Private Client Operations Committee and was active in the Salt Lake City community, volunteering on the boards of several local not-for-profit organizations including the Fourth Street Clinic and the Guadalupe School. Jason also served as the senior sponsor for the Goldman Sachs Disability Interest Forum and the Veterans Network.

John Mason is the senior vice president and chief investment officer of the companies of OneAmerica. He manages a staff responsible for more than $19 billion of investments for all of the OneAmerica affiliates.

He has more than 31 years of experience in investments, including fixed income research and portfolio management, commercial mortgage loan underwriting and treasury management. Before being named to his current position in April 2012, John headed the OneAmerica fixed income securities group for two years. Before that, he spent 12 years as portfolio manager of public bonds.

He is a chartered financial analyst (CFA). He earned an MBA and a bachelor’s degree in finance, both from Indiana University.

José V. Martínez is the senior vice president and chief information officer (CIO) for OneAmerica. In this role, he is accountable for all IT planning, program and support functions. He has over 20 years’ experience in the IT sector and extensive experience in strategic sourcing, vendor management, relationship management, project management, and IT engineering design and support. Prior to this appointment, he served at OneAmerica as vice president, IT infrastructure and application support, and vice president, business relationship management and enterprise architecture.

Since joining OneAmerica in 2014, José has led multiple strategic initiatives to transform the IT support model. In 2014, he led the OneAmerica contract negotiations and transition of services from the prior infrastructure outsource service provider to the current provider. In 2016, he was part of an executive team that led an end-to-end reorganization effort within IT to shift to a Plan-Build-Run delivery model, creating new IT functions such as business relationship and service management.

Prior to joining OneAmerica, José served as vice president, communications as a service for Interactive Intelligence, managing all datacenters worldwide for the company’s cloud product. In addition, he served as a senior global delivery executive at IBM, accountable for the delivery of a broad range of IT outsourced services for corporate clients.

José holds bachelor’s and master’s degrees in mechanical engineering from the Georgia Institute of Technology. He also completed an advanced management executive program from the University of Chicago Booth School of Business.

Jim was named senior vice president of the One America Employee Benefits business line in 2017, leading all business activities. Since joining OneAmerica in 2012 as national vice president of sales and service, his exceptional leadership has propelled the division’s growth and improved traction in the marketplace.

Under Jim’s leadership, the Employee Benefits team has recorded double-digit sales growth for five consecutive years and was named one of the fastest-growing companies by Eastbridge in 2017, based on voluntary sales. In addition, his collaborative nature and continual commitment to an improved office culture—one that emphasizes shared success and celebration with employees—has significantly increased job satisfaction and employee engagement. These successes have benefited customers, OneAmerica associates and the company’s bottom line.

Jim has 30 years of experience in the insurance industry. Prior to joining OneAmerica, he gained valuable skills and insights in numerous sales and leadership roles at UNUM and Cigna.

Jim graduated with Honors from the University of Indianapolis. He serves on the Board of Directors for Easterseals Crossroads and the OneAmerica Foundation. Jim currently resides in Indianapolis with his wife and two children.

Andy Wilkinson, Senior Vice President and Managing Principal, McCready and Keene, Inc., began his career at OneAmerica in 1983 as an actuarial student at The State Life Insurance Company® He joined American United Life Insurance Company® (AUL) in 1989, serving in leadership positions in the Reinsurance and Individual Life divisions. Both State Life and AUL are companies of OneAmerica.

In 1998, he joined the OneAmerica Retirement Services division and has been a key leader in its significant success and growth, with primary responsibility for finance and pricing. He also led the successful launch the company’s Pension Risk Transfer business, which in recent years has brought in significant sales.

Wilkinson was named senior vice president and managing principal, McCready and Keene, in 2016.

OneAmerica Board of Directors

Chairman of the Board; Chair of Executive Committee; President and CEO of OneAmerica Companies

President and CEO of UnitedHealthOne

Executive Vice President and Sr. Advisor to the President, The American College of Financial Services