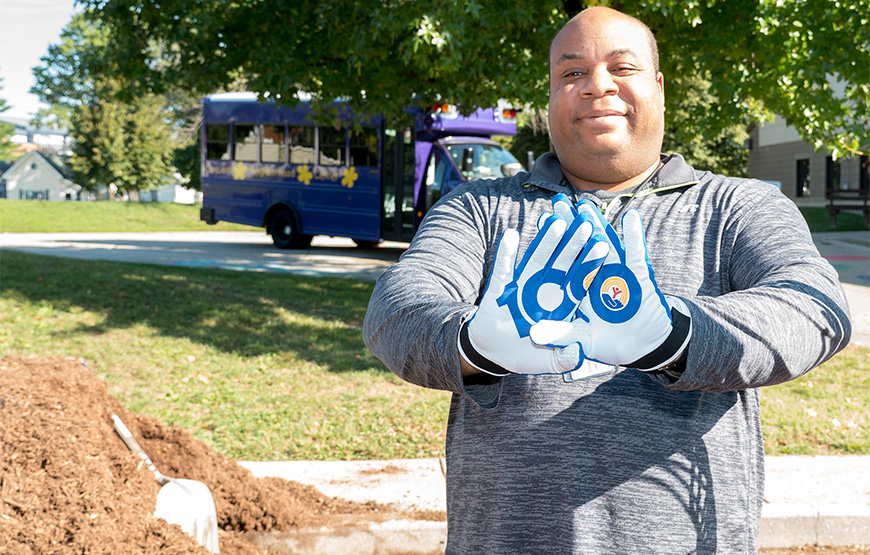 In a place where landscaping is a luxury, OneAmerica® associate Christopher Lee (above) found a richness in pulling weeds, installing mulch and putting some TLC into Concord Neighborhood Center on Indianapolis' Near Southside.

After all, this historic nonprofit contributed greatly to Chris’ own personal growth and cultivation — from an at-risk youth in the mid-1990s to the professi onal that he is today.

“It was a place to call home. I wouldn’t be where I am today without them,” Chris said.

It’s why, even though Chris had been with the Retirement Services (RS) Participant Services Contact Center for just six months, he eagerly signed on to be one of a dozen associates to spruce up the grounds at Concord on Sept. 7 during the Week of Caring.

In all, more than 700 employees contributed a combined 2,000+ hours during our Week of Caring Sept. 5-8 held at locations in Indianapolis, multiple sites in Wisconsin, in Kansas City, and in San Diego. Week of Caring, which kicked off in 2014, was the first weeklong "pay it forward" event of its kind in Central Indiana. Each year that OneAmerica has hosted its Week of Caring, associate participation has increased.

Holly Malkowski, one of our Wauwatosa, Wisconsin-based associates, explained: “Many will lend a hand because it is the right thing to do, not because they expect something in return. Many employees have skills that they don’t utilize daily in their work, but that can be put to use in other ways.  We identified: organizers/leaders, cheerleaders/motivators, artists, those who can count, those who are really strong, and people who are really clever!”

In the 1990s, Chris found Concord, a facility about a mile away from his residence, to be a home away from home. At age 12, the student at IPS School 47 tagged along with older brother Michael, then 15. 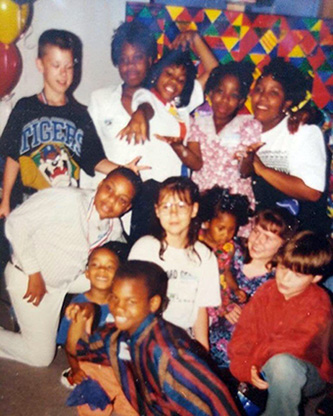 At Concord, Chris received homework help, played basketball, took part in theater and signed up for a job-skills training class that rewarded attendance with a small paycheck ($8 each class!). Through Concord, he participated in the “Now for the Future” program, opened a bank account, started to read the Wall Street Journal and learned how to pick a stock.

“They kept us out of trouble--instead of focusing on outside negative forces, we focused on education,” Chris said.

Concord stayed a part of his life as he moved on to Arlington High School, where he earned a diploma in 1998. He got an associate’s degree in business at Harrison College in 2005 — paid for by Concord’s "Now for the Future" scholarship fund— followed by a bachelor’s in business management from Harrison, then a master’s degree from the University of Phoenix in information systems in 2010.

Chris, 37, a homeowner, is married to Amanda Lee. The couple adopted a daughter, 6-year-old Julie, and is seeking to adopt a second child. He said adoption was the first way he felt he could give back to society. He said he feels like Concord adopted him, easing the burden on his mother in what was primarily a one-parent household growing up.

“I’d encourage others to go forth and contribute to the United Way campaign,” Chris said. “You never know in life what doors you are opening for others.”

To Niki Girls, executive director of Concord for over 35 years, Chris’ success story is exactly the purpose of the agency — and why the OneAmerica recent investment in facility maintenance makes a difference.

“Chris is just one example of, how over our 140-year history, Concord has had the opportunity to connect with and impact our families for their own betterment, and the betterment of our community," Niki said. “We’re very proud of Chris.”